The Muriel Barwell Award for Distinguished Service to Children's Literature is a biennial award of The Children's Book Council of Australia WA Branch.

Nola at the Book Week opening and Dinner 2022
Everyone who knows Nola Allen was absolutely thrilled when the announcement was made at the Book Week dinner that she was the 2022 recipient of the Muriel Barwell Award for Distinguished Service to Children’s Literature. Those who don’t know Nola, need only read the citation outlining her many achievements to acknowledge that she is a most worthy recipient.

Nola’s life work has had at its centre the selection, promotion and sharing of quality Australian books with children, their parents, families and teachers.

After studying librarianship, Nola worked with the Education Department and in public libraries. At this time, she first joined the Children’s Book Council of Australia WA Branch, climbing the stairs to Haddon’s Bookshop, and meeting similar minded colleagues who have become lifelong friends. Throughout her 39 years’ distinguished service, Nola was Branch Secretary for ten years, and National
Secretary for two; she worked on the Programme Committee for the CBCA National Conference held in Perth in 2002 and she judged the Eve Pownall Award for non-fiction books.

Nola moved to the State Library of Western Australia (SLWA) as a Children’s Services Librarian, joining a team which curated a list of newly published books enabling public libraries to regularly select books for children from birth to 18 years with confidence. Nola’s knowledge of the best of children’s literature was shared generously with local government staff state-wide.

An informal partnership between CBCA WA and State Library enabled the Bookworms Club for 6-10, year-olds to flourish. The highlight was an annual lunch where one hundred members could meet WA and interstate authors and illustrators. Nola edited the Club’s newsletter and accompanied visiting book creators on regional tours. Nola’s passion for ensuring that all children in this vast state have
access to programs promoting the best in children’s literature has seen her voluntarily assist in writing successful grant applications totalling close to $900,000 over the past 15 years.

Around 2003 at the State Library, Sue North and Nola worked together to scope and devise a program that would ensure that every baby born in Western Australia would receive the gift of a book and an invitation to join their local library. The multi-award-winning Better Beginnings Family Literacy Program began. Over one million families have since received a yellow bag with a booklist and other supporting resources from their community child health nurse. It’s impossible to imagine Better Beginnings
without Baby Ways. At the time when Nola led its development, writing and publication, there were a mere handful of photographic books showing the diversity of Australian babies. Baby Ways continues to be a hit with families from Karratha to Kojonup, and was recently translated into Noongar for a bilingual edition.

Nola’s extraordinary contributions at State Library saw her receive the James Hammond Award, and being made a Fellow of the Library Board of Western Australia in 2017.

Since leaving SLWA, Nola’s skills have been in demand as a consultant leading community publishing projects in local governments throughout Perth. Booksellers, reviewers, parents and librarians continue to seek her views about Australian children’s literature through her regular contributions to the iconic Magpies magazine. Nola has also contributed to databases developed by the National Centre
for Australian Children’s Literature (NCACL).

Her distinguished work – paid and unpaid - bringing children and books together over many decades makes Nola Allen a worthy recipient of the Muriel Barwell Award.

Muriel Barwell’s name is synonymous with children’s literature in Western Australia.  In July, 1974 she opened Haddons, a specialist children’s bookshop in London Court.  This small space, crammed floor to ceiling with the best books for children from around the world was the only one of its kind in Perth.  Muriel’s vast knowledge and welcoming manner made it a haven for parents and children alike.  Muriel spent much of her time liaising with Education Department librarians, guiding and advising their purchases.

Muriel was instrumental in revitalising a somewhat flagging CBCA Branch in the 1970s with a new committee and fun filled meetings at Haddons in the early years. Muriel held the position of Branch Treasurer providing sound and stable financial advice for some 17 years.
She was a founding member on the Fremantle Children’s Literature Centre Board and a strong supporter of WAYRBA, receiving a Certificate of Excellence in 1991.
​
While Muriel's influence has been largely state based, her contribution has been recognised more widely winning the Nan Chauncy Award in 2006 and being awarded an Order of Australia Medal in 2007.
​

A recipient will have demonstrated significant service to children’s literature beyond his or her professional commitments over a period of time in Western Australia.

Service can be demonstrated in a variety of ways such as:​

Nominations must be sent to the Award Convenor at gailspiers@iinet.net.au by 30 June.
​ 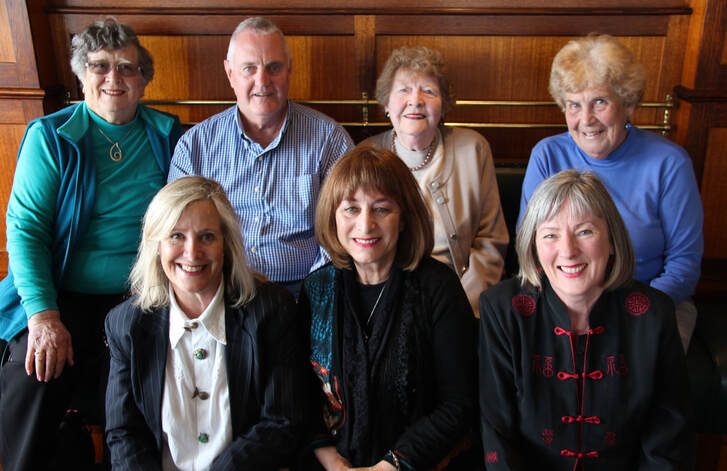